Get to grips with your camera’s Auto ISO setting

Auto ISO enables you to shoot with confidence in rapidly changing light conditions. With Auto ISO set, your camera automatically adjusts ISO as necessary without going over a maximum ISO ‘ceiling’ that you choose, which means you can focus more on your subject and worry less about the exposure. There are just two main settings to decide on: the slowest shutter speed you want the camera to use before starting to increase its sensor sensitivity, and the highest ISO sensitivity you are happy for it to reach before allowing it to switch to a slower shutter speed instead. 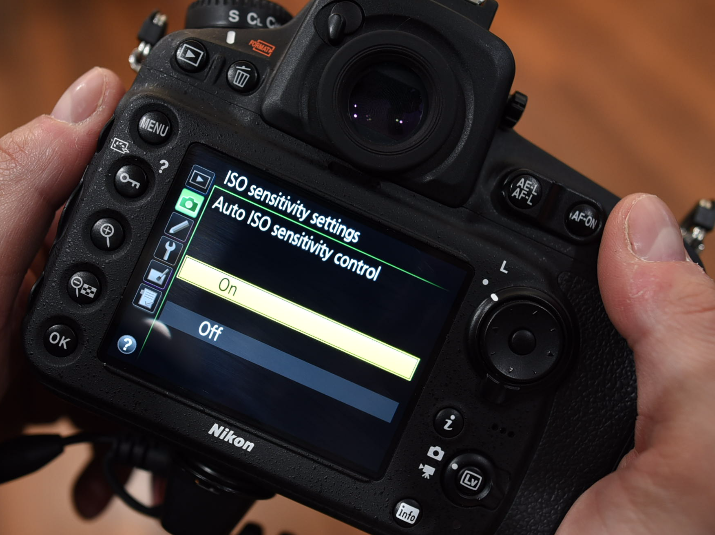 • If you’re happy handholding the camera down to a shutter speed of 1/60sec, then set that as your minimum. Want to minimise the possibility of camera shake? Then set the minimum shutter speed to, say, 1/250sec. The Auto ISO feature tells the camera to change the exposure based on the changing light. As the light in the scene dims, the shutter speed drops to let in more light, ensuring a correct exposure. When it hits the ‘minimum’ shutter speed you set, ISO automatically increases to keep the exposure correct.

• Auto ISO can also be used when you’re shooting with flash, whether it’s the built-in pop-up or a Speedlight. With flash, the minimum shutter speed parameter is ignored, and the flash sync speed is used instead. However, if your D-SLR/Speedlight combination offers Slow Sync Flash, the camera will then use the minimum shutter speed that was set in the Auto ISO menu, preventing too slow a shutter speed. It does this to ensure the correct exposure is chosen.

• Although most Nikon cameras with Auto ISO allow you to use it in all shooting modes, the effects may be more noticeable in Manual or Shutter Priority. In Manual – where you fix the aperture and shutter speed values – ISO Auto will change the ISO when the light levels change. Your camera’s exposure display will continue to indicate correct shutter speed and aperture settings when light levels change within a four-stop range, and the ISO Auto system increases or decreases the ISO value to maintain the shutter speed and aperture value you’ve chosen.

• There is one situation where Auto ISO is a no-no, and that’s when you’re shooting with the camera connected to studio lights – all you’re likely to get is a white file. This is because the camera would have increased the ISO just before the image was captured as it would be basing its exposure values on the modelling lights instead of the flash itself.