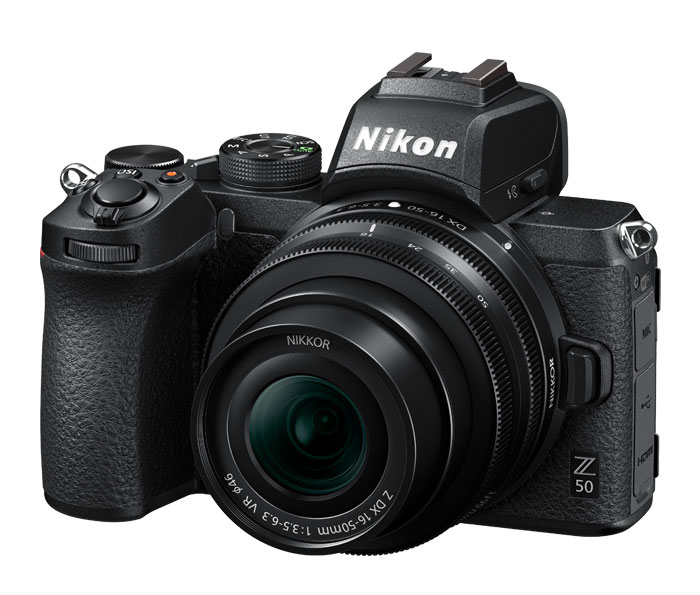 They were also the first photos she made with a mirrorless camera. So when we talked with her, we got to the point right away: “So, what’d you think?”

Let’s put it this way: her enthusiasm for the format in general and the camera, in particular, was as evident as the quality of the resulting photographs. 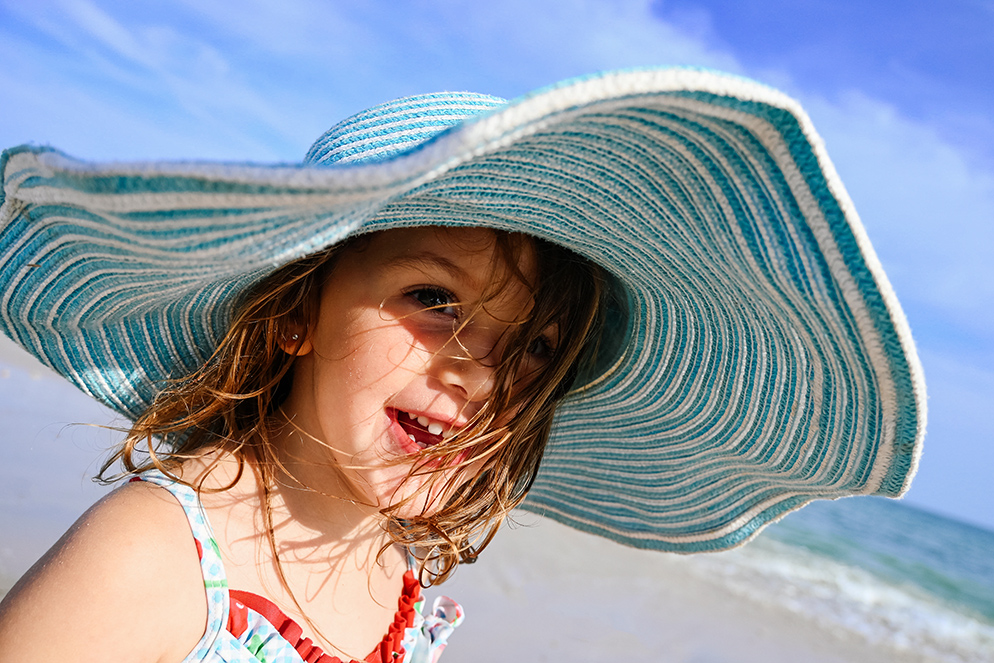 One of the first photos Gabi took with the Z 50 was of her daughter, Mia, up close and in motion. Photo by: Gabriela Herman

Gabi is a professional photographer whose work includes editorial, commercial and lifestyle images. The common denominator is a photojournalist’s eye—in fact, she mixes photojournalism-based personal projects with her assignments. Gabi photographed with the Z 50 during a ten-day vacation with family and friends on Martha’s Vineyard, Massachusetts, then returned to her home-base of Brooklyn, New York, for photography of party scenes and street shots of a local band.

“On the Vineyard it was just taking the camera around with me everywhere,” she says. “It’s literally so small, so light and unobtrusive, I was able to have it with me all the time and make it a natural part of things.”

Overall, the camera—and the mirrorless format—fit right into her style: immediate, personal, spontaneous. “I love interaction with the people I’m photographing,” she says. “I’m not quiet behind the lens—I give a lot of positive feedback. I think it makes people comfortable and relaxed. We’re in this together, and if they look good, my shots look good.” 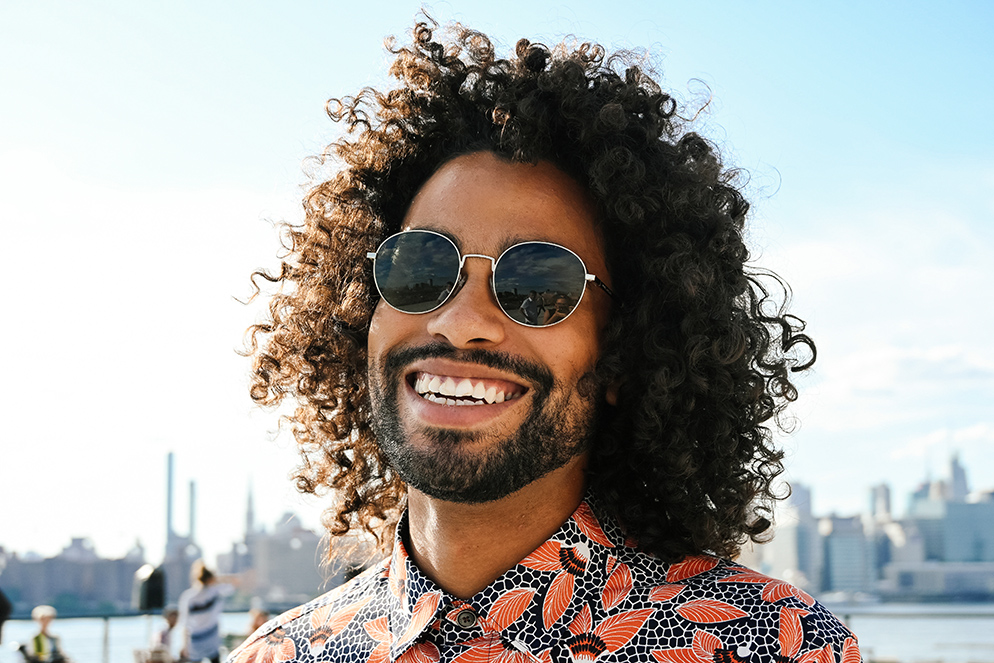 A partygoer on a Brooklyn rooftop, the Manhattan skyline in the background. “When you have someone who’s great in front of the camera, you take a lot of pictures—and the close-focusing distance of the 16-50mm lens was awesome. You can be almost literally in the face of your subject.”   Photo by: Gabriela Herman 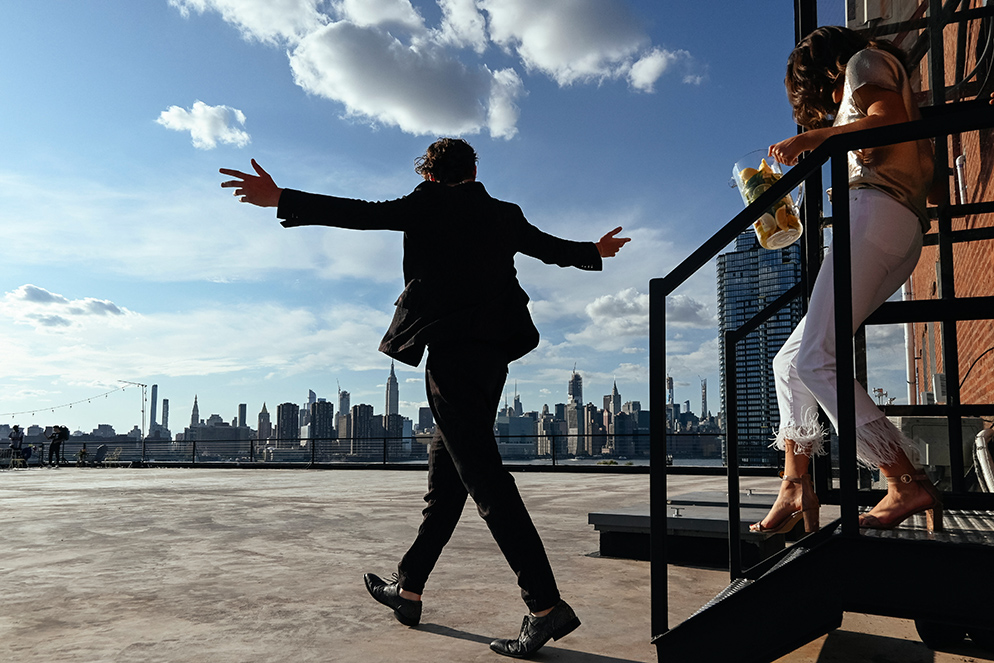 “I did a number of showing-up-at-the-party images to catch the vibe,” Gabi says. Photo by: Gabriela Herman

Shooting with the Z 50 was an eye-opener for Gabi. In particular, she found the flip-down LCD “an awesome feature” that’s perfect for the way she works. “On every shoot, at some point, I’m taking off my shoes and climbing on chairs and sofas to get overhead shots,” she says, “and with this feature, I was blown away with how easy it was to do those shots.” (Another nice feature of the LCD screen is just flipping it down activates the camera’s self-portrait mode for vlogging and selfies.)

She also mentioned the advantage of the EVF (electronic viewfinder), as it offers a look at the photograph you’ll get before you take the shot. And it instantly displays the results of camera setting changes and creative Picture Controls and special effects choices. 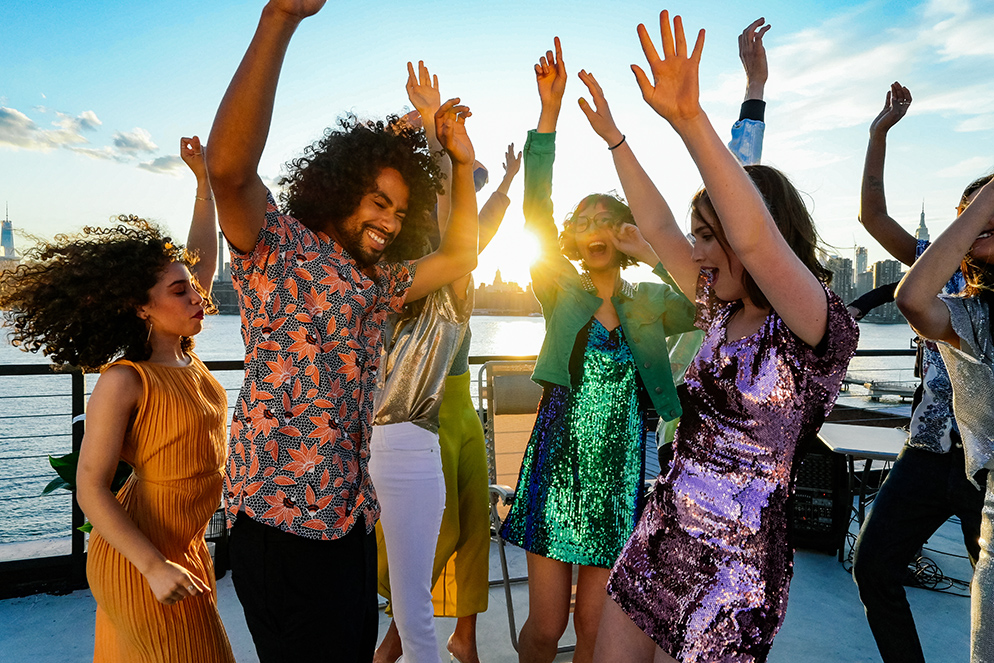 Dancing on the rooftop. “This one fully captures the energy of the moment. And I was right in there, with the wide-angle at 16mm, dancing with them.” Photo by: Gabriela Herman

“And I also ended up shooting a lot with the camera held out in front of me, looking at the back of the LCD screen,” she adds. “That was a cool experience—it changes the way you shoot and frame when you’re seeing the whole scene and your face is not up against the camera. There’s more of a connection with people—you’re part of what’s going on, and that’s always fun.”

The Z 50, and mirrorless photography, turned out to be ideal for a photographer who says that lifestyle photography “is pretty much about people doing things, enjoying what they’re doing and looking good while they’re doing it.” And to be sure she doesn’t miss anything they’re doing, she cited the camera’s 11-frames-per-second capability of capturing people in motion.

So, what’d she think? Well, Gabi is a long-time shooter with Nikon gear, so quality images were a given. The take-it-anywhere ease of shooting with the Z 50 and the creative possibilities of the mirrorless format were the surprising picture-taking pleasures. 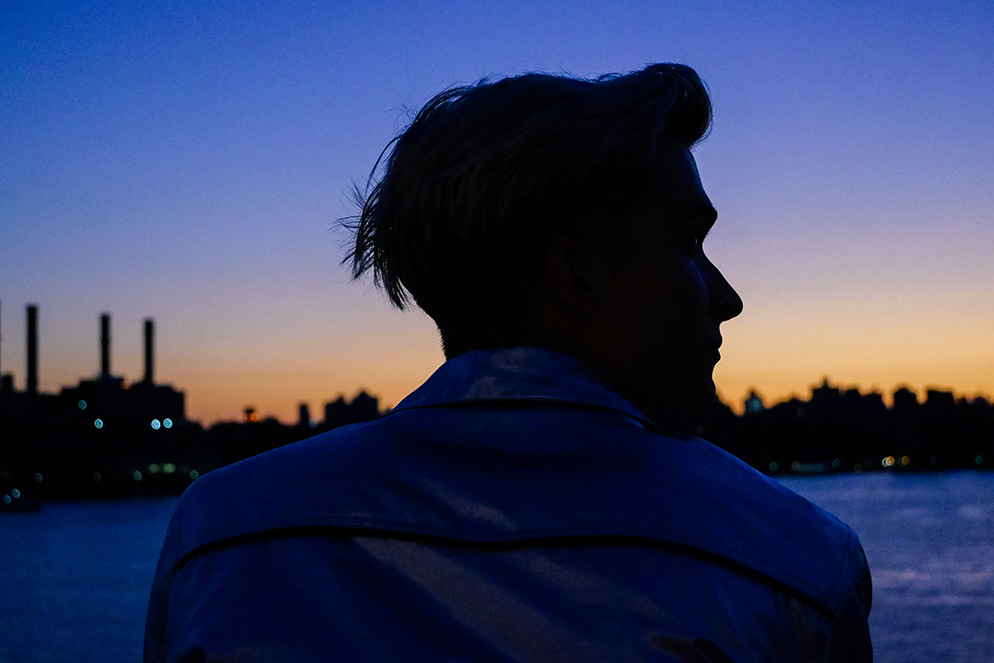 A quiet moment at sunset. The rooftop was a great setting for day-into-night transition photos, and the Z 50’s low-light capability took care of the rest. This frame was made at 5000 ISO. “Great color, great detail,” Gabi says. Photo by: Gabriela Herman