How to take great videos on your DSLR 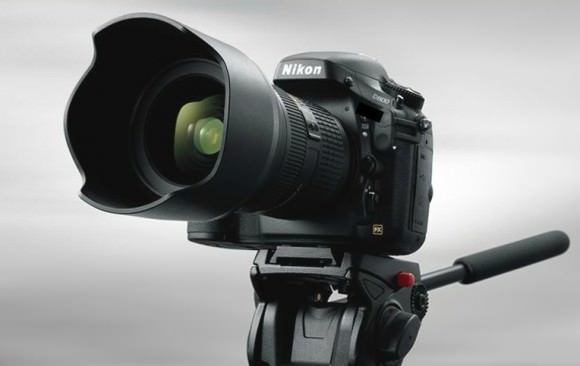 Want to unleash your inner Spielberg? Here’s how to start shooting D-movies with your Nikon camera… And action!

Use these basic settings to get you up and running.

But before you do start shooting, you’ll need to think about which lens to use. You’ll get good results with any Nikon lens – and one of the biggest advantages of shooting video with a Nikon DSLR is the great selection of NIKKOR lenses available – but some are better suited to specific types of shoots than others. Asking yourself these questions will help you choose:

Keen video shooters often gravitate towards f/1.4 primes because of their image quality and superb low light capabilities. However, f/1.8 primes can deliver equally stunning image quality in similar lighting conditions, usually for less outlay, and you can always whack up the ISO if you need a bit more light.

One drawback of primes’ wide apertures is their extremely shallow depth of field, which can make keeping subjects in focus challenging. A zoom lens gets round this problem and also gives you the freedom to shoot a wide range of focal lengths without having to change lenses. VR (Vibration Reduction) image stabilisation is built into many zooms, enabling you to shoot handheld and still get wobble-free results, which is usually very important – unless you want to shoot ‘shaky-cam’ style à la Cloverfield or District 9.

So you’re all set up and ready to shoot. The next thing to consider is framing, because good composition is just as important for video as it is for stills imaging. Luckily, most of the same techniques apply.

For example, with video, it’s still very helpful to bear in mind the rule of thirds. When you look at your subjects using Live View on the LCD screen, imagine a noughts and crosses grid over it. The lines and the points at which these lines intersect are the ideal places – the ‘thirds’ – in which to position your subject for a balanced composition. Move your camera so your subject appears where two of the lines meet; it doesn’t have to be directly on the intersection, just somewhere close to it.

Cropping people well is also key. Avoid cropping at major joints like the waist or knees. For example, if you’re showing someone full-length, you don’t want to accidentally chop them off at the ankles. Likewise, for a medium shot, don’t crop your subject at the knees; frame your shot just above. With a tighter shot, avoid cropping your subject at the wrist, as the viewer will be left wondering what their hands are up to! Make sure you’re only leaving a small amount of airy space above your subject’s head, as too much space doesn’t good. In fact, when framing a tight close-up, you can get away with cropping off part of your subject’s head, as long as their eyes fall on the top rule of thirds line.

In video, you’ve also got to consider the type of shot to use. There are essentially just three: establishing shots, medium shots and close-up shots, and they are used everywhere, from big Hollywood productions to commercials and even wedding videos. Establishing shots are the wide ones that allow the viewer to take in the entire scene and get a feel for what’s happening, and they’re often the first shots in a scene. Medium shots can be of a subject or a tighter shot of a scene. Close-ups are tightly cropped, showing details e.g. a face, or something happening that is key to your movie’s storyline.

But it’s not all lights, camera, action – there is the sound to consider, too. High quality audio adds to the professional feel of your D-movie and to your viewer’s enjoyment.

Many Nikon DSLRs have a mono microphone built-in, but if you want more control over how you capture your film’s sound, it’s worth investing in an optional accessory mic. The Nikon ME-1 is a compact, lightweight stereo mic that slips onto the hotshoe and plugs into the audio-input – and because the audio is recorded in-camera, no other dedicated audio recording equipment is needed. As well as DSLRs, it can also be used with Nikon 1 cameras and any Coolpix that has an external mic jack.

The ME-1 allows good sound pick-up for sources in front of and close to the camera – that, however, will include you, so keep schtum while shooting! You can also use it with an extension cable so you can position it closer to your subject. The ME-1 includes a ‘windscreen’ to reduce wind noise when shooting outside, and it’s also designed to reduce vibration noise from the camera itself during autofocus use. Some Nikon DSLRs have their own wind-cut setting, while others have a low-cut filter, further reducing low-frequency noise by limiting the frequency range the mic can capture.

You can also use Nikon’s wireless ME-1W mic and receiver with any camera equipped with a mic jack. It can capture sound direct from the source for up to three hours, making it ideal for recording presentations, street interviews and pro-quality video blogs. As both the microphone and its receiver capture sound, you can also use them to record a two-way conversation. To capture a music performance in stereo, simply plug the ME-1 into the ME-W1’s external jack.

Many Nikon DSLRs have a built-in peak audiometer with audio levels shown on the LCD in Live View. The scale is in three sections: white is the largest and it’s where most of your audio should fall, yellow is at the top end of acceptable levels, and red means the high end of the range will be distorted. Each time you record audio in a new location, do a test recording and check the results; if levels rise into the red, simply lower the audio sensitivity until they drop into the yellow area at the very least. It’s best to do this by listening to the audio via headphones e.g. while playing it back on a computer.

So now you really are ready to get the camera rolling. Bear in mind these additional points for ensuring you get great results.

Choosing the right NIKKOR Lens
5 Tips for the Foodie Photographer